Haddington Table Tennis Club welcomes players of all abilities and all ages by providing a friendly environment to play Table Tennis. Whether you're a beginner, recreational player or competitive player, we can improve your Table Tennis. All coaching and practice is run by fully qualified and insured PVG-checked coaches.

With members aged from 7 to 87, playing on Mondays and Thursday evenings at the Haddington Corn Exchange the club is supporting clubs – both during and after school – in over 20 schools across East Lothian.  Recently day-time sessions have been started for over-50s and for adults with special needs.  The club has 12 qualified coaches who run these sessions to give participants both the basic and increasingly more advanced skills in playing a most enjoyable game that is recognised to develop and maintain a healthy mind and body. 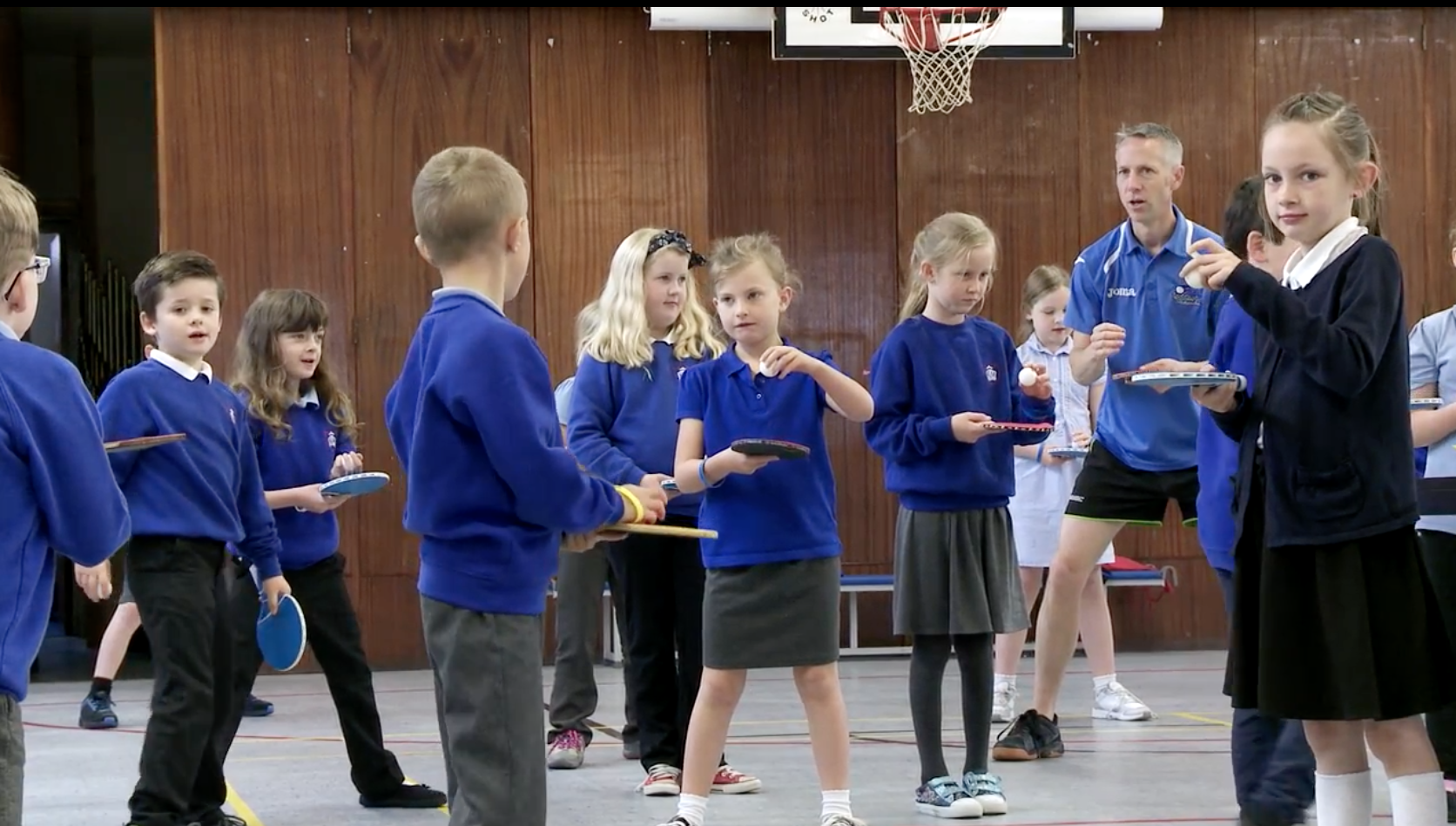 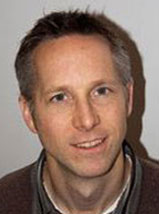 Pete is a UKCC Level 2 Coach and has been coaching for 3 years. He has a wealth of experience in the game, playing for Scotland at the 1997 Commonwealth Championships, as well as representing his country at three World Championships in Holland, Malaysia and Japan. He was twice  Scottish Doubles Champion and also Scottish Mixed Doubles Champion and achieved a national ranking of 4 in 2000. 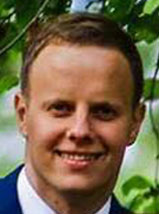 Lorenas started learning the basics of Table Tennis at 10 years old in his hometown club, Mažoji raketė (en. Little/Wee bat).  He fell in love with the sport and played at home with his younger brother, and also at school during the lesson breaks. Friends from more advanced classes enjoyed playing him because of his higher standard. Lorenas also played for a college TT team in Vilnius, Lithuania's capital. Vilnius' sport club "Reaktorius" invited him to join their team in 2005. 11 years spent in a club while playing in a national championships and leagues as well. A friend of Lorenas took him to Haddington  HTTC as soon as he arrived in Scotland in the summer of 2016. It was here that he met a very friendly and cosy community club and started playing in the League for Haddington I. Lorenas was a winner in various tournaments during his 20 years of playing. For him, TT is his Life Hobby! where he has met many friends. He aims to share his experience and passion for Table Tennis with members young and old. 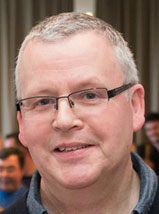 Gordon started playing table tennis at Craigmillar Boys Club when he was 13 years old. He was coached by Scottish International, Eric Sutherland and was fascinated by the various spins and rallies in the game. Gordon initially played in the Edinburgh Union of Boys Clubs league along with Keith Rodger and George Downie, and also attended several coaching camps at Inverclyde National Centre in Largs. He was selected for Edinburgh Schools verses Munich Schools at 15 years old, and later moved to Gambit TTC were he played in Divison 3 of the Edinburgh League. Gordon was born in Edinburgh and played most of his table tennis there with Gambit table tennis club. He moved to Haddington in 1991, whilst still playing for North Merchiston and Musselburgh. Later in 2002 he responded to an advert in the Courier regarding table tennis in the Corn Exchange and met founders,  Richard Morton and Frank Coulston for the first time. Gordon gained his UKCC Level 1 Coaching Badge several years ago, which gave him the incentive to become more involved in the coaching side of the sport that he loved since being a teenager. He will be completing his level 2 at the start of 2017. 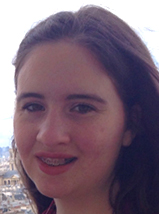 Elizabeth was first introduced to Table Tennis by fellow coach Julia Wilson. Haddington TTC had a warm and friendly feeling and she has now been every week since that first visit. She has been playing for almost a year and a half now and even though she is a late starter feels she has picked up the sport very well, having received lots of help from all the coaches in the club. Elizabeth loves the sport so much that in 2016 she took her UKCC Level 1 coach training course. She comes to the club on Monday and Thursday evenings and also helps out at the Junior sessions that run beforehand. Elizabeth now coaches at Musselburgh Table Tennis Club on a Tuesday which she really enjoys. She is looking forward to getting even more involved in the club in the coming year.

Roger first played Table Tennis seriously when he came to Edinburgh University and was persuaded during “Freshers’ Week “ to join the TT Club.  He played in the Edinburgh League – getting rather better over his four years at University and captaining both the Edinburgh and Scottish Universities teams. On graduating Roger joined Murrayfield Memorial Table Tennis Club, for whom he played for 47 years, many in their first team and gradually moving down the divisions as age took its toll on both speed and skill! In the 1980's he became a Scottish umpire and then an International Umpire, officiating at a couple of Commonwealth Table Tennis Games.  In 2000 Roger qualified as a UKCC Level 1 coach. In 2016, having for some years been coaching also at Haddington TT Club, he left Murrayfield to play for Haddington’s (so far very successful) first team. 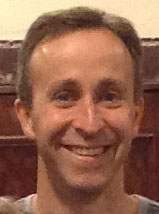 Martin started playing when he was 8 in his parents’ garage.  He played regularly through school and university and then hardly played at all for over 20 years.  In 2013 he dropped into the Corn Exchange one evening between ferrying kids around and was immediately hooked once again.  Some coaching sessions with Roger Thomas followed as he tried to unpick bad habits (still a work in progress).  In 2015 Martin completed the UKCC Level 1 coaching course so I can now support Pete Lugton in developing the junior section and be confident of giving the right table tennis guidance also to his own kids. 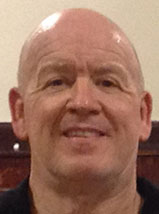 Bruce first picked up a table tennis bat when he was 11 yrs old in his village snooker hall which only had an old TT table stuck in a corner. At secondary school he realised he wasn't too bad at it and started playing more seriously, getting to a stage where he could beat the PE teachers – they weren't very happy! He stopped playing when family life took over, although did play and practice for half a season at Penicuik (about 25 years ago!). At the time Bruce worked shifts so was unable to commit seriously.  Having retired 5 years ago, he was keen to look for a local club to resume playing and joined Haddington TT club almost 3 years ago.  The club was only small then but has grown and progressed and he is now captain of the Division 3 team and also coaches young children at Ross High After School Club. The sport keeps Bruce fit and active, which he thoroughly enjoys. 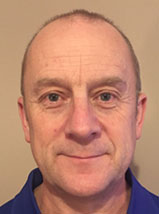 Craig first started playing table tennis in his teens at a local youth club in Edinburgh. He represented the club in youth competitions for a couple of years before other sporting activities took over, then work.  Craig never played table tennis, other than the occasional game on holiday again, until a year and a half ago, when a group of work colleagues invited him in for a game on a works conference room table.  He was taken back to his youth and immediately bitten by the tt bug once more.
Craig found HTTC via a Google search on the Internet last July (2015) and has enjoyed every minute since.  So much so when asked if he would like to qualify as a coach he was only too happy to accept and try to put something back into this brilliant sport. 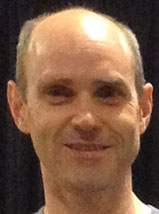 Neil has been playing table tennis for almost three years and now plays for Haddington IV in the fourth division of The Edinburgh and Lothians Table Tennis League.  He recently qualified as a Level 1 coach with flying colours. Neil also has seven years previous coaching experience at all age groups with karate.