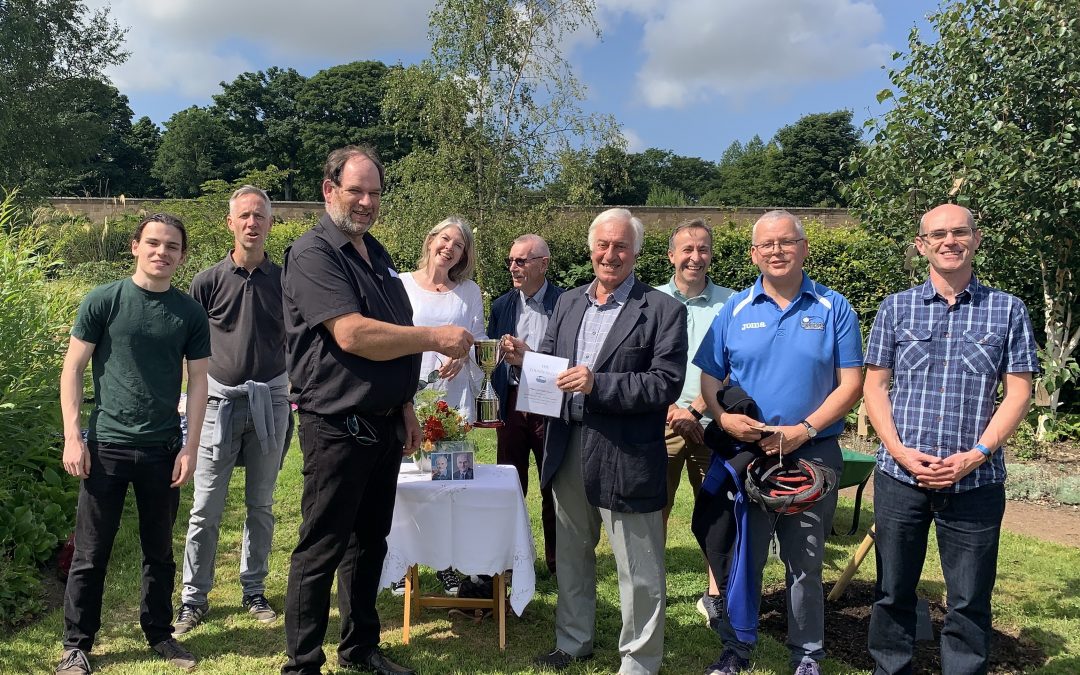 Article below courtesy of the East Lothian Courier.

A TROPHY has been unveiled in memory of the founder of Haddington Table Tennis Club. Lifelong table tennis player Richard Morton retired to the town and set about forming a club.

An advert in the Courier got the ball rolling and the club has since grown to having 100 members. Richard, of The Sands, died last November, aged 84. Now, his family has handed over The Founder’s Cup, which will be awarded to someone from the club.

Roger Thomas, current chairman of the club, which, outwith the coronavirus pandemic and renovations, plays at Haddington Corn Exchange, described Richard as the club’s “founder and inspiration”.

He said: “I’d heard that there was a table tennis club playing at the Corn Exchange in Haddington and I turned up to see what it was like. “Richard welcomed me enthusiastically and, learning that I was an experienced player, was keen to have me coach the handful of members.

“That is one of my abiding impressions of Richard: a real gentleman who clearly thoroughly enjoyed his table tennis and was still really keen to develop the club and improve his own skills too. “Anyone who, at any age, says ‘can you spend five minutes helping me with my forehand?’ gets my full attention, admiration and support.”

Family of Mr Morton, who was professor and director of medical illustration and audiovisual services at University of Wales College of Medicine before retirement, met with members of the table tennis club at Amisfield Walled Garden last weekend.

There, the family gifted the club the cup in his memory. Mr Thomas told the Courier it was yet to be confirmed who would receive The Founder’s Cup. The club previously held an East Lothian tournament, with winners crowned at a variety of levels.

One option was to present the trophy to the overall winner of the competition but consideration was being given to other methods. He said: “The trophy is in memory of Richard and we could award it to whoever has made the biggest contribution or the most improved. “We don’t know yet but it is something on the agenda to think about. “I want to get suggestions from the members.”